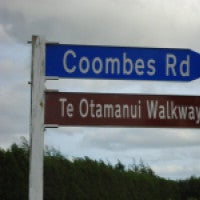 Please pick up after your dog

Hi everyone. Just a reminder for everyone to please clean up after your dog when using the Te Kowhai Village Green (and all other public spaces). We've had reports of a LOT of dog poo in the park. Thanks. 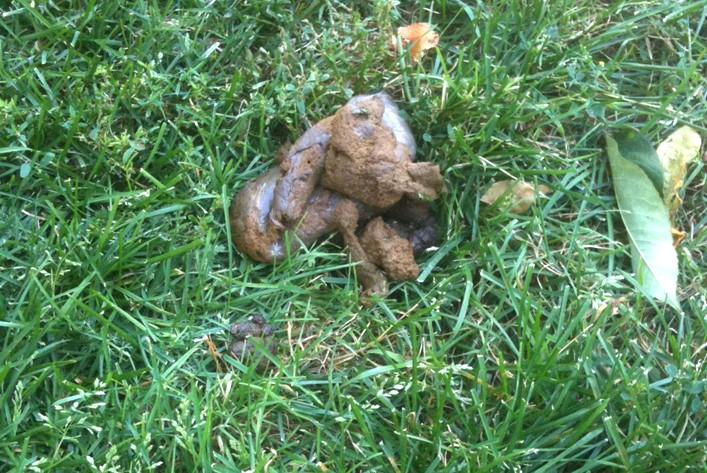 At the meeting in the Te Kowhai hall on Saturday 18th July re the above there was some confusion on how the above was measured. Brian Palmer, Chair of the Community Group established the following information from the District … View moreTe Kowhai Airfield - OLS (Obstacle Limitation Surface Variation 1

At the meeting in the Te Kowhai hall on Saturday 18th July re the above there was some confusion on how the above was measured. Brian Palmer, Chair of the Community Group established the following information from the District Council and used a couple of examples.

The TK airfield is at 26.6 m above sea level (or in technical terms the “Moturiki datum line”) and the maximum height of any obstacle within the OLS is 45m above that – i.e. 71.6m above sea level in total.

The 45 m restriction is in accordance with the Civil Aviation Authority Aerodrome design standards.

Also note the maximum rural zoning building height limit in the Waikato District is 10 metres - so in reality the 71.6m limitation only applies to trees (unless you're building on a hill over 61m above sea level).

A couple of examples...

1) If your home was at the same elevation as the Aerodrome (i.e. 26.6 metres above sea level) and you are within the re-notified area of variation 1 then your trees could grow to 45 metres above ground level on your property.

2) If you were located on higher ground for example that was 18.4 metres above the Aerodrome level (i.e. your land is 45 metres above sea level) then the maximum height of any obstacle on this property would be 26.6 metres.

waikatomaps.waikatoregion.govt.nz... - go to this web site and enter your address

If the proposed variation is agreed to, the District Council will be responsible for enforcing the restriction.

The Council staff member Brian liaised with emphasised that the impact of the OLS on those within 2000m of the airfield is unchanged through this variation.

The variation proposes to change the map which was incorrectly drawn at 2000m in 2018. The plan text in 2018 referred to 2500m but the map didn’t reflect this. The variation is also taking the opportunity to increase the clarity of the wording in Appendix 9 of the plan, which describes the OLS, but not change the intent of that appendix. 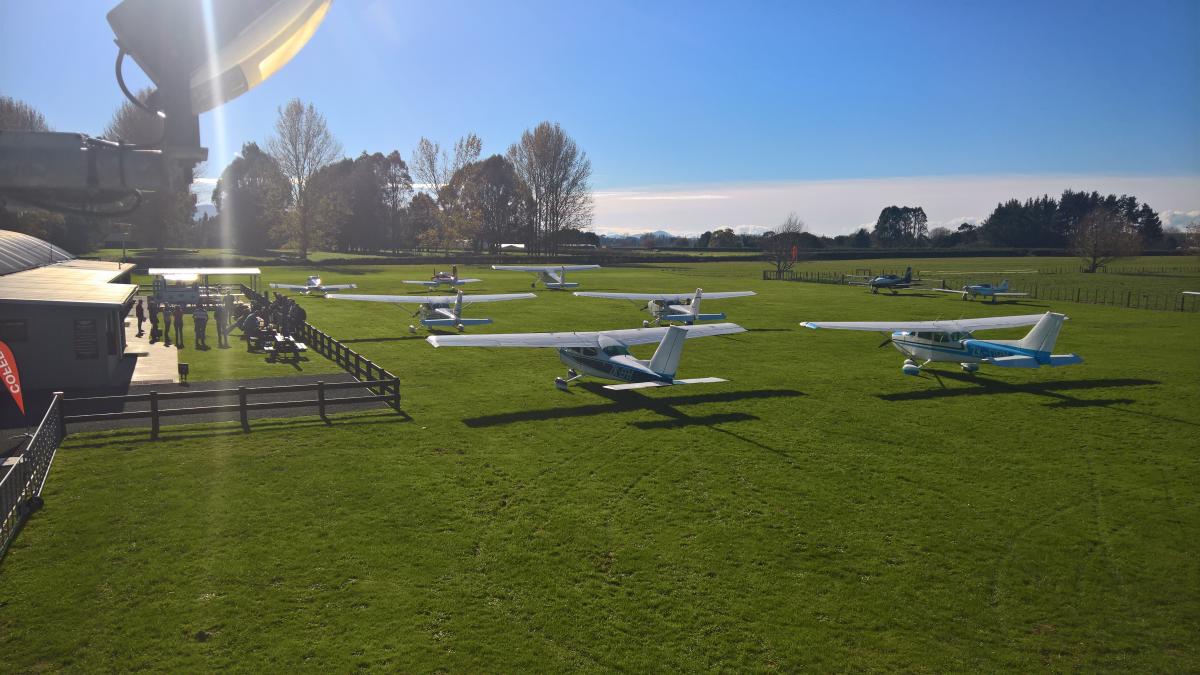 Photos for the May issue welcome - no theme, just local. If you love it, share it! Photos of your kids sports games, fav sunsets, best gardening result, sensational suppers.... snap it, send it! tekowhainews@gmail.com 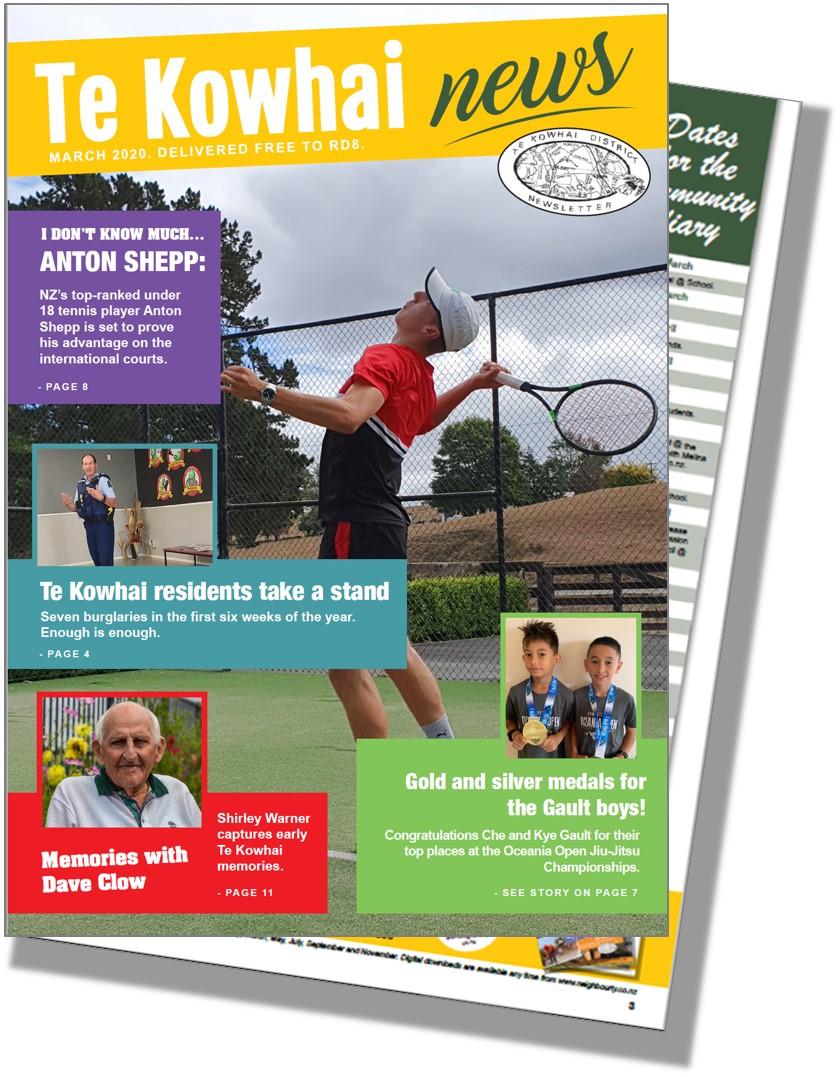 As well as the traditional commemorative red poppy, the National Army Museum remembers and honours our war animals each year on the 24 February with Purple Poppy Day. The purple poppy symbolises all animals who have died during conflict. It is estimated that more than 8 … View moreStory by Graham McBride:

As well as the traditional commemorative red poppy, the National Army Museum remembers and honours our war animals each year on the 24 February with Purple Poppy Day. The purple poppy symbolises all animals who have died during conflict. It is estimated that more than 8 million animals sacrificed their lives in World War I alone.
Strictly in the Te Kowhai context, I once obtained this photo from Andrea (Limmer) Whittle, whose grandfather Bill Limmer (b.1895, d, 1981) is named on the Te Kowhai War Memorial Roll of Honour. Initially, in WWI, Bill undertook Compulsory Military Training, where he served locally in the 4th Waikato Mounted Rifles, then enlisted in the War in early 1918. He fought in Egypt for 1 year and 245 days, with the N.Z. Mounted Rifle Brigade, NZ Expeditionary Forces.

These (mostly) local farm ‘boys’ grew up with a very close affinity with horses – for work, travel and leisure. The bonds between soldier and ‘fighting’ horse during WWI must have been very personal, but when Bill and his fellow horsemen were about to embark for New Zealand at the end of the War, our government made the servicemen shoot their horses to avoid the cost of repatriating them.

This is Bill’s evocative image of the fate of his trusty mount! Maybe we also need some Purple Poppies on the wall at the Memorial Hall?

Does anyone know anything about the Te Kowhai Store theft?

Representatives from FMG Insurance / Federated Farmers / Police are holding a Crime Prevention meeting at Arohena Hall.
Arohena and Wharepapa South people have been very proactive in bringing their 2 communities together. They have put a lot of their time and … View moreThis Wednesday 13 November 6.30pm

Representatives from FMG Insurance / Federated Farmers / Police are holding a Crime Prevention meeting at Arohena Hall.
Arohena and Wharepapa South people have been very proactive in bringing their 2 communities together. They have put a lot of their time and money into making Neighbourhood Support work and installing their own CCTV systems. Come along to the meeting and lets see how these representatives maybe able to enhance the efforts made by people in these communities.

Does anyone know a Rannit Singh who may have lost or had stolen an orange notebook with the Skinny Mobile logo on the front cover? The notes in the book are about Union rules and collective agreements. Someone has scrawled 'Westside' over the notes.

This book was retrieved by the Te Kowhai Dairy owner when 4 youths entered his store on Friday 1 November, helped themselves to armfuls of drinks, food and ice creams then ran from the store. The owner tackled one young chap but then his mates turned their vehicle around and tried to run the Dairy owner over so they all managed to get away. Police were called but did not attend. We do not have a description of the vehicle but we do have video footage of the offenders inside the store.

It must be near on 2 years now since the Te Kowhai Community Group did a survey to see if CCTV was wanted in the village. There was a very poor response to the survey and so nothing has been done. Since the survey we have had 2 x Home invasions. Valuable vehicles stolen, Burglaries and how many times has the Te Kowhai Dairy suffered armed robberies and burglaries?How long are you people going to put up with this?

Commsafe is only too happy to attend a public meeting and bring police with them to explain the advantages of CCTV and dispel any myths or preconceived ideas citizens may harbour. We can also tell you how well the CCTV is working in Arohena and Wharepapa South.

Thursday 24 October we had some residents on Kakaramea Road advise that at 7.30am they found a chap aged between 40 - 50yrs about 6ft tall, carrying a small backpack, standing outside their shed. He said that he was waiting to get picked up. That seemed strange. Why was he not waiting out on the road if that was the case. He asked to use the phone and once this was accomplished he left after asking if the residents needed any painting done. There is some confusion as to whether the gentleman was wearing a white tee shirt and blue jeans spattered in paint at the time or if he was wearing painter's overalls. The residents checked their shed and nothing appeared missing but items appeared to have been moved.

We now understand there have been further incidents in the area similar to this one. We are looking at Kakaramea Road near the Berker Road intersection for this 1st incident.

Still in that Ngahinapouri area.

Local residents had noticed a gold car parked up in their road for about 3 days around 1st of November time. Around the same time a local resident, whose property is well off the road,found that he was missing $300.00 worth of waratah stakes from behind his garage. They ranged in size 1.8 and 1.5 metres

Then this past weekend we had people in a black and grey Mitsubishi Delica van registration starting with KGM traveling up neighbors driveways in Hams Road, asking if anyone knew where Dean Anderson lived. They drove past the main house on one driveway and past the implement shed to a smaller house on the same property, to make their inquiry.

Friday 8 November at 1800 hours a white ute is seen being driven up various driveways.It travelled up to a farmer's house which is some 100 metres off of the roadway. As soon as the vehicles occupants saw someone was at home they drove off in a big hurry. The farmer attempted to follow them but to no avail. Registration plates on the vehicle were deliberately obscured

Similar occurrence to the above. Two occupants in a silver double cab Ford Courier Ute registration WY3861, drive up long driveway 8/11/19 at 6.30am and try to steal a dirt bike from the workshop on the property. They are caught in the act. They left. They were chased by the owner but again to no avail. One guy was wearing a black hoodie the other had a black cap and pants and a green top.

We think elderly lady may well have dodged a bullet. Certainly did the right thing by refusing to allow the young lady to enter her house.

In N.Z every 5 minutes there is a family violence incident attended to by police. This takes up 41% of a front line Constable's duty time.

76% of family violence incidents are NOT reported to police.

If, in a civil defense emergency you needed to leave your home, where would your nearest Civil Defense assembly area be?

If, like us, you said local school, you would be wrong.

We will give the correct answer next newsletter.