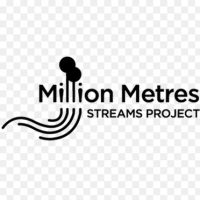 In 2013 the Ministry for the Environment reported 60 percent of monitored rivers nationwide were unsafe for swimming and the Parliamentary Commissioner for the Environment warned that without significant intervention, almost every river and lake will have deteriorated by 2020.

At the same time, in the past decade dozens of groups around the country have been working hard each planting season on a solution we know is effective in mitigating a lot of the damage – riparian planting. The problem is, it’s just not happening fast enough. The sector is fragmented and resource is limited. At the Transit of Venus conference in 2012, a mandate emerged to work cooperatively to see New Zealand’s waterways return to a state of ora, wellbeing and abundance. Over the past year, championed by Dame Anne Salmond, this has become Te Awaroa – a movement to restore 1000 rivers by 2050.

We at the Sustainable Business Network and Enspiral were excited by this idea and started thinking about how we might help. The Million Metres Streams Project is the result of discussions with people, businesses and organisations across the country who have committed to work together to accelerate the riparian restoration activity in NZ by injecting a new stream of resource.

The core idea was this : to make it easy and exciting to invest in the health of our waterways – to open it up to everyone in New Zealand – people and businesses wanting to do good.

Now we invite you all to take part, to fund your metre (or more) of streambank and be part of this national story of how New Zealanders collectively took action to protect something that was important to them, and together, succeeded. After all, what’s more valuable than our water?

Planting a million metres of riparian margins isn’t the whole solution to our freshwater crisis, but it’s a significant step forward. And it’s something you can do right now.