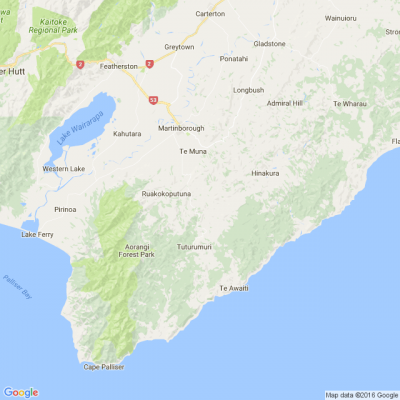 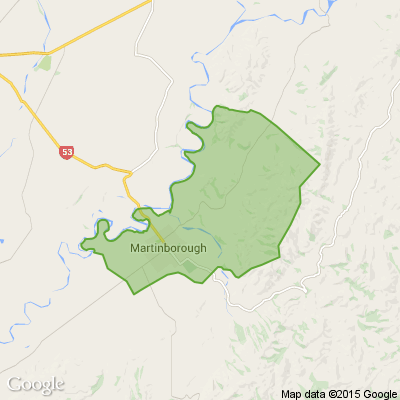 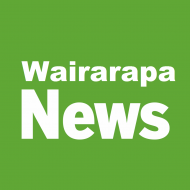 Is there anyone who would like a regular job mowing a flat easy care lawn in a newbuild area in Lansdowne Masterton. Would need to bring own lawnmower. Edges would need to be done also and clippings taken away.
Please ring Dilys on 3703239.

Neighbourly folk, anyone got an idea where this is? 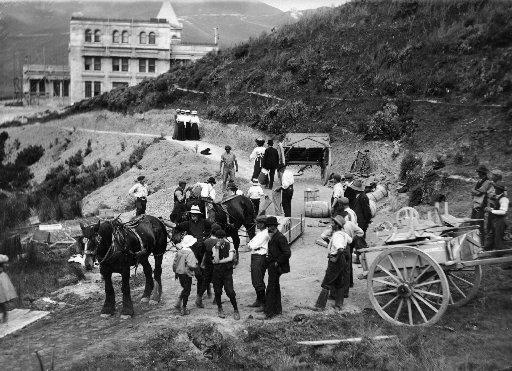 does anybody have a Brother Correction Typewriter (Working or not (Parts))? We have one, but is broken and unable to get parts.

We have about 40 pullets for sale, they are Brown shavers and excellent egg-layers.
They are 17 weeks old and about 3 weeks away from laying.
Please contact Thelma on 0276996862

Upcycling Awards is back for 2021!

Do you have old things lying around that you've been meaning to spruce up or recreate? It's time to unleash your DIY skills and bring out your inner artistic spirit. Resene and Neighbourly are challenging everyday Kiwis like YOU to take part in the Resene Upcycling Awards.

Give us … View moreDo you have old things lying around that you've been meaning to spruce up or recreate? It's time to unleash your DIY skills and bring out your inner artistic spirit. Resene and Neighbourly are challenging everyday Kiwis like YOU to take part in the Resene Upcycling Awards.

Give us your all, we want to see your creations! Check out some of last years' entires here. 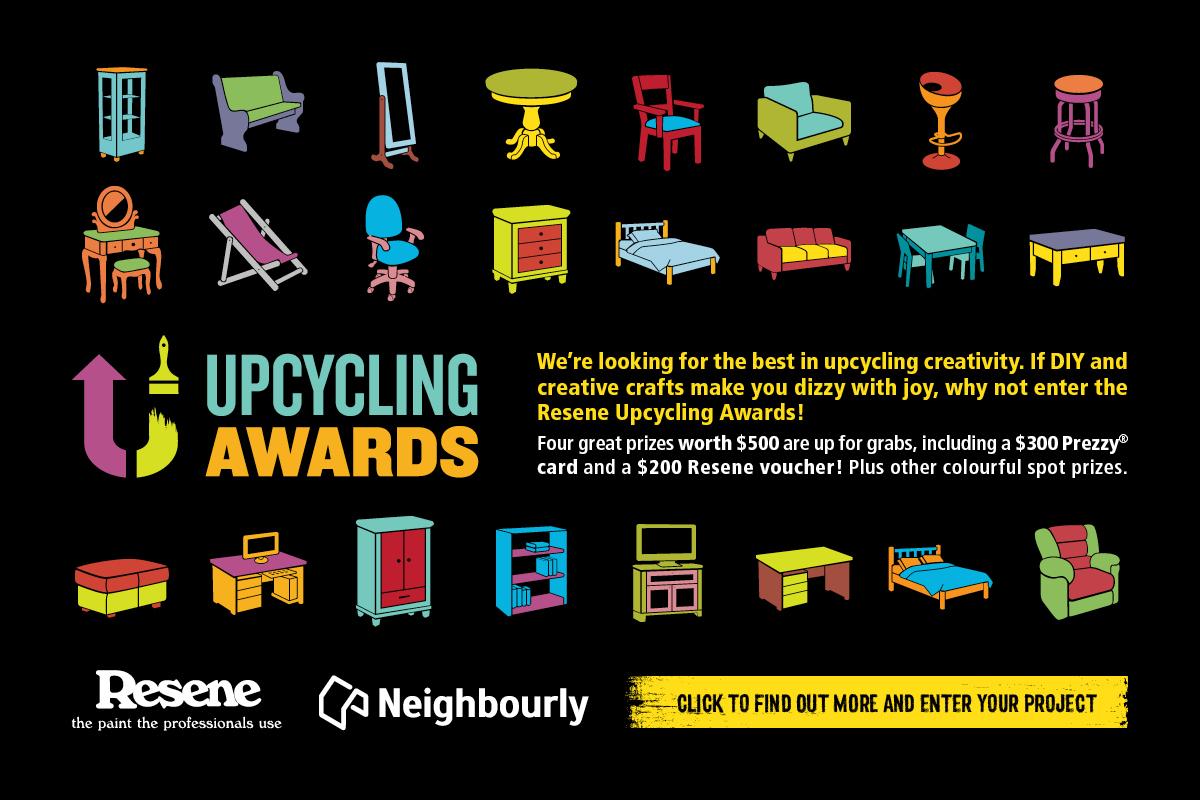 Stop throwing rubbish into the river! 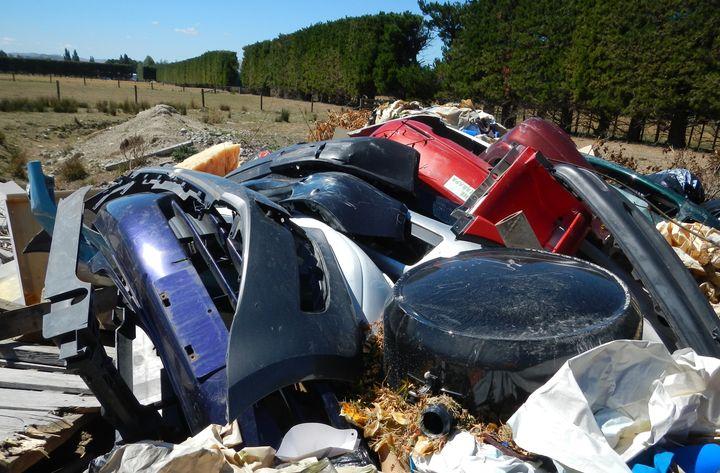 Missing man Kenneth Brown has been located.
Police were appealing for sightings of the 68-year-old, who went missing from the Lake Ferry area in the Wairarapa Wednesday morning.
He was located safely shortly before 12pm.
Police thanked the public for their assistance.

This superbly shaped palm tree is available FREE !!
Just dig it up and take away !!
Located in Masterton
Ph 0275678162 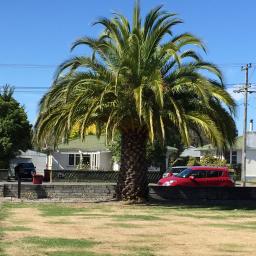 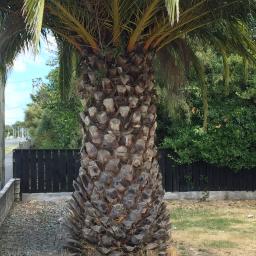 I have a nearly new puppy harness which I purchased at a pet shop it cost me $49 and would like $30 please it is nearly new because when I picked up my puppy she hadn’t been vaccinated from the beginning so I was stuck at home and when I could use the harness she was too small to use it. 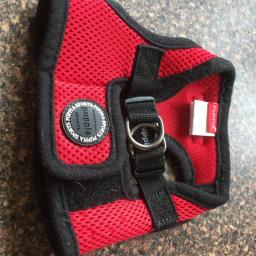 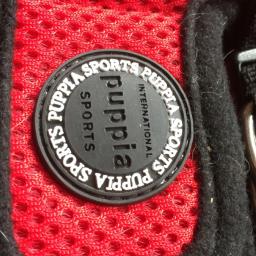 Does anyone remember theses cats hanging on the corners of doors? Have shifted house and unfortunately don’t suit new house. I made them out of wood with hubby gigsaw. Hope someone love them as much as I did then. Would like 20.00 please 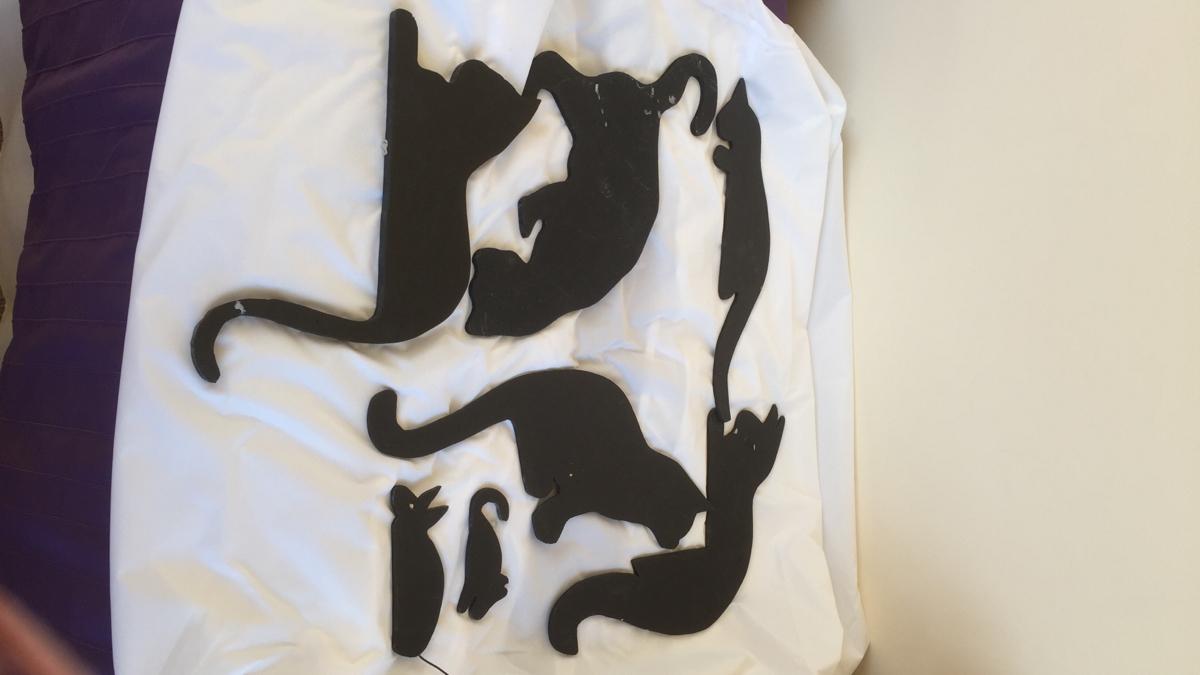 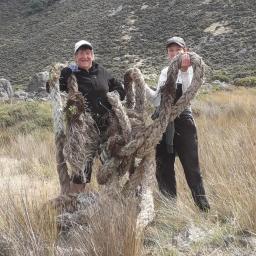 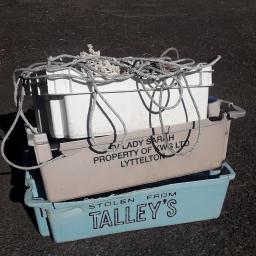 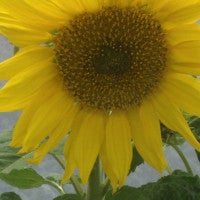 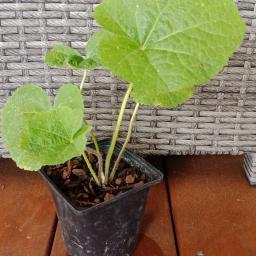 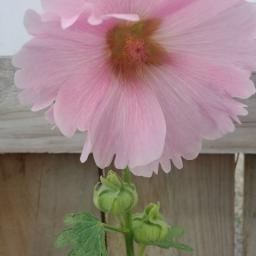 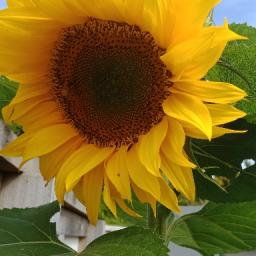 Although the Council has switched over to the Kaipaitangata treatment plant for urban supply, the Ministry of Health has requested the boil water notice is kept in place until the Council receives three clear test runs after the detection of a low-level contamination of E. coli bacteria.

This means all businesses and urban residents connected to the urban water supply must boil all water before being used for drinking, making baby formula, juice, ice, washing fruit and vegetables, other food preparation/cooking needs, or brushing teeth.

The Council acknowledges this will be an inconvenience for many of its residents but remains steadfast to its priority to put its residents’ safety first. The Council’s Infrastructure, Services and Regulatory Manager Dave Gittings said it was important residents continued to follow the boil water notice until the Council notifies residents that it has been lifted.

“Even though the risk is low, it’s really important that people do not get complacent and remain vigilant until the boil water notice has been lifted,” Gittings said.

The Council acted immediately after the test results on Friday, notifying businesses directly, liaising with community groups such as Neighbourhood Support, updating the electronic noticeboard at Carrington Park, and sending the boil water notice out as widely as possible. However, Mayor Greg Lang has asked that people continue to check in on older family members and elderly neighbours who may not be connected online.

“We’re very fortunate that we can spread messages very quickly to a large number of people thanks to email and social media. However, we know that a lot of our residents are not as connected to the online world as others, so we really need those who are to look after those around them,” Mayor Lang said.

“Carterton is a close-knit, connected community and word of mouth is our strongest asset during times like these.”

Mayor Lang also wanted to emphasise the speed in which the Council acted, with staff being alerted to the E. coli reading after 2pm Friday, with the community notified at 3pm.

“Once again the Council management and its staff have taken all the necessary steps to immediately safeguard the community and get out accurate and detailed information to its residents at an impressive speed.

“The urban water supply is monitored and tested daily, so with the speed in which the Council reacted, I am confident there has been a very minimal risk to the community.”

The Council is continuing to investigate the cause of the E. coli reading and will notify the community as soon as there is an update.

Boiling water before use is the best way to make water safe. The risk of getting sick from drinking the water is low but possible, especially for vulnerable people. Babies, young children, pregnant women, the elderly and people who have weakened immune systems are more at risk of illness. If you get diarrhoea, vomiting and/or a fever, get advice from your doctor or contact Healthline (0800 611 116).

How to boil water for drinking:

• Boiling will kill all disease-causing organisms.

For more information and to stay up to date, visit cdc.govt.nz/boilwaternotice 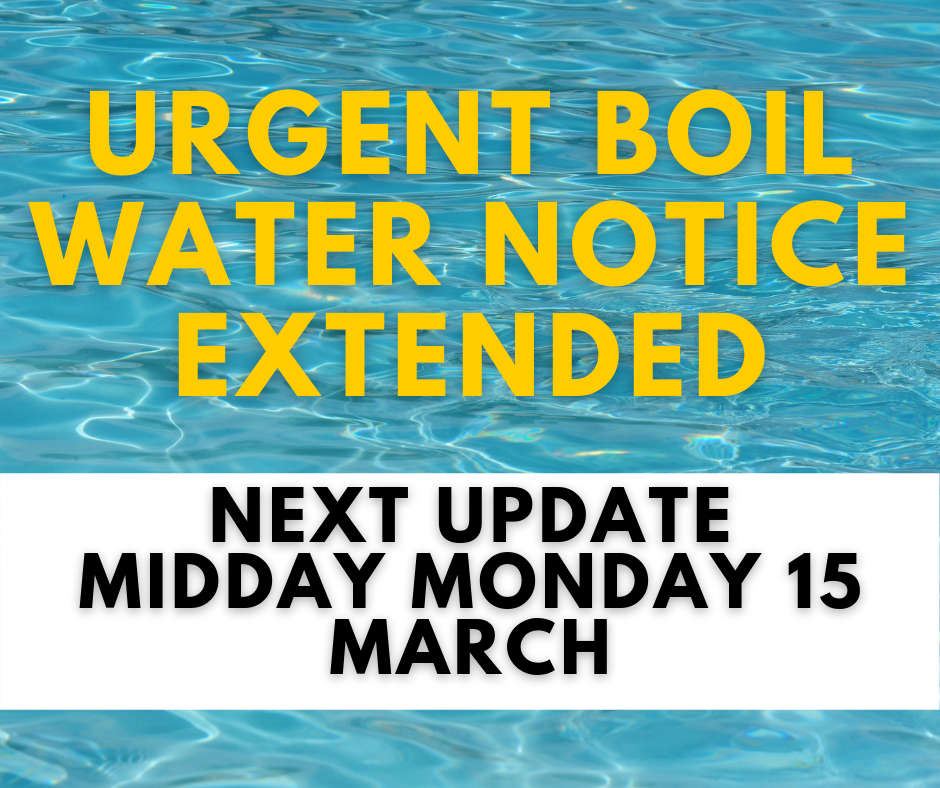 Dr Swee Tan is a world-renowned researcher and plastic surgeon who has lived in Khandallah for 26 years. Born in Malaysia, Tan travelled the world before settling in the capital, where he heads up the Gillies McIndoe Research Institute. Here’s his take on life in the capital.

How long have you … View moreDr Swee Tan is a world-renowned researcher and plastic surgeon who has lived in Khandallah for 26 years. Born in Malaysia, Tan travelled the world before settling in the capital, where he heads up the Gillies McIndoe Research Institute. Here’s his take on life in the capital.

How long have you been a Wellingtonian?
I was here in 1992 when I was doing my training in plastic surgery. We lived here for one year and then went overseas to London, then Oxford and Boston, and then came back in 1995. I was born in Malaysia, and left in 1980. I went to Melbourne, where I studied, and then I went to Hamilton, Christchurch and Wellington. I resisted coming to Wellington because I went through Wellington in 1987 – it was a dead place, there was no restaurant open after 7pm.

Where is your favourite place to eat out?
We are very lucky to have good eating places. Yum cha at Dragons, for example, is one of our favourites. There are so many choices. Noble Rot is a very good place for dinner. If you are after brunch, Cafe Thyme next to the Twigland Garden Centre, which is my favourite garden centre. It’s between Johnsonville and Churton Park.

Where is the best coffee in Wellington?
You put me in a difficult position because in Wellington we have so many great places for coffee. Prefab is great, or Neo Cafe, and Revive in Petone. You can get good coffee anywhere really, but those are really great spot.

What’s an underrated attraction near you?
Ōtari-Wilton’s Bush is the only public botanical garden dedicated to native plants, and they are really nice: about 11 kilometres, with many bushes and gardens. We used to take our children there when they were younger. There is a stream there with eels, beautiful eels, an 800-year-old rimu tree and a nice canopy of trees. It is only five minutes away [from the city], it is right here on our doorstep.

What, in Wellington, can’t be beaten on a good day?
Walking along the waterfront with Maestro [Tan’s dog] along the path that takes you to Oriental Pde. It is such a beautiful place. 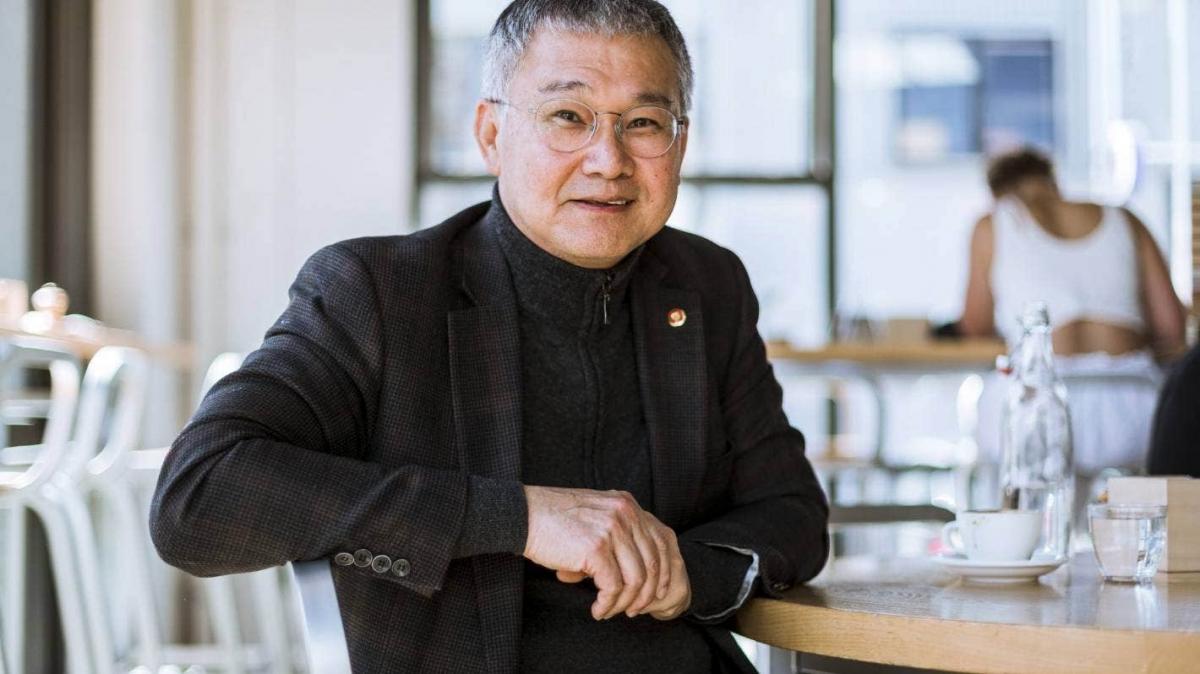 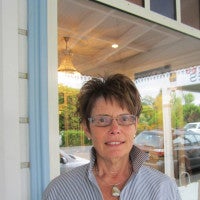 This was purchased in India about 10 years ago. I loved the cover and pattern but when I got home it did not really suit my bedrooms. Has been sitting in my closet for about 10 years! 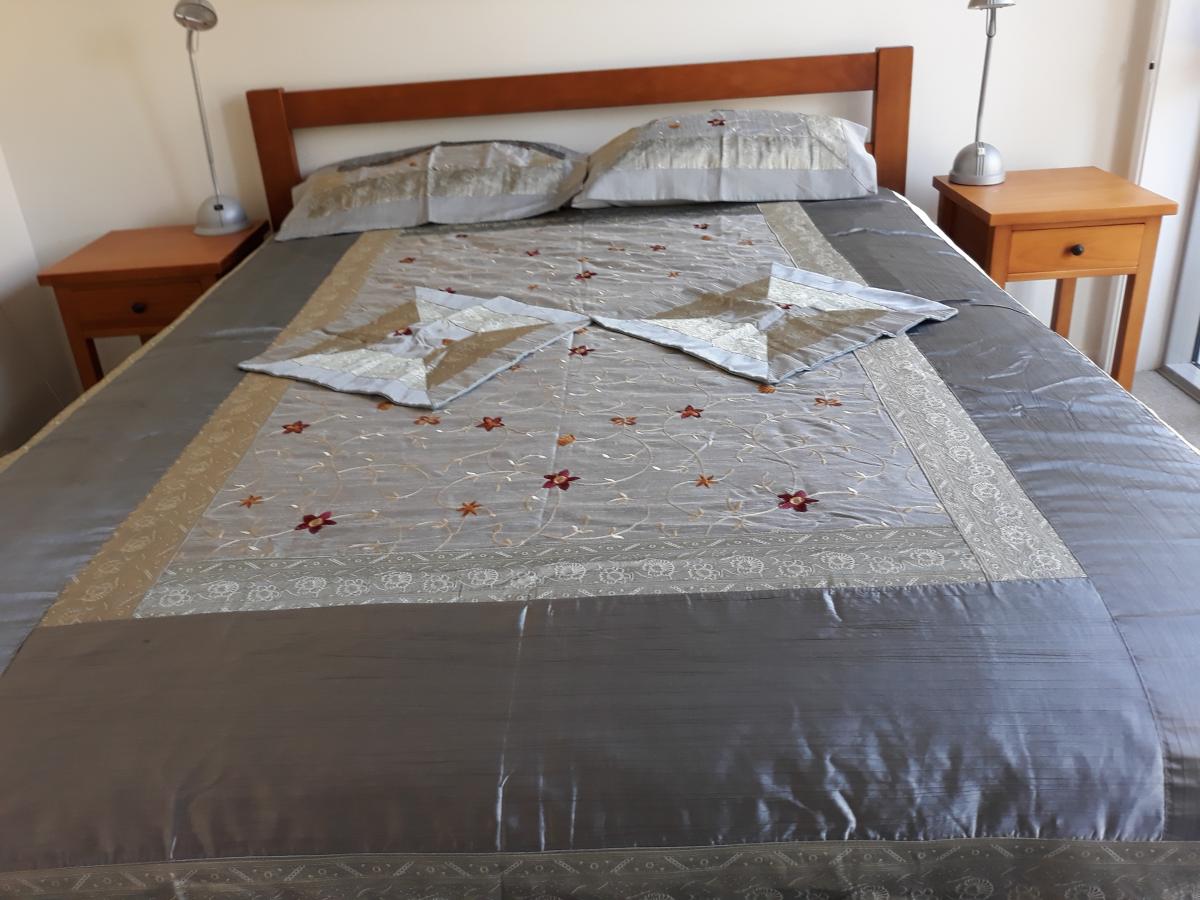 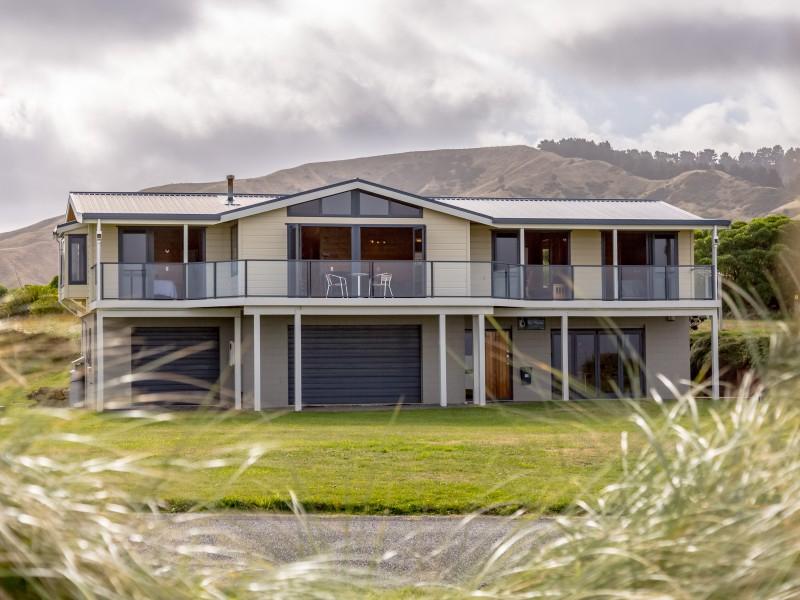 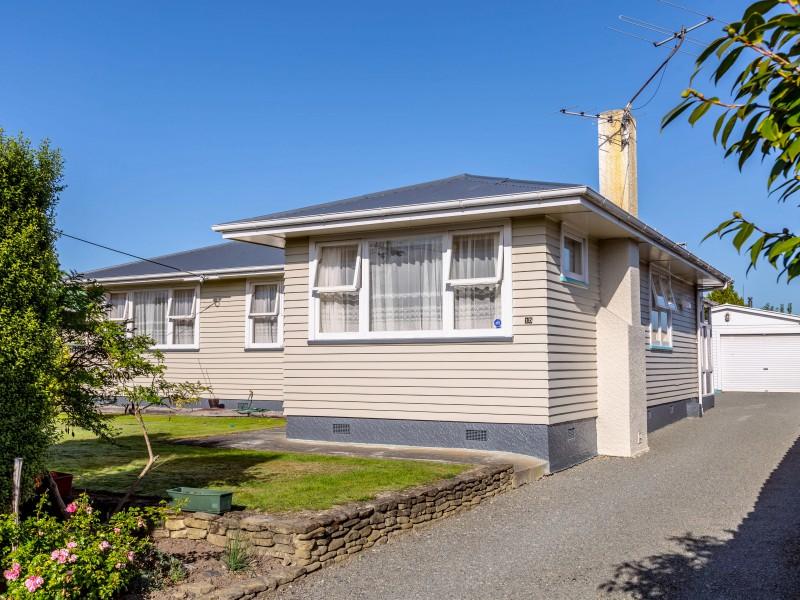 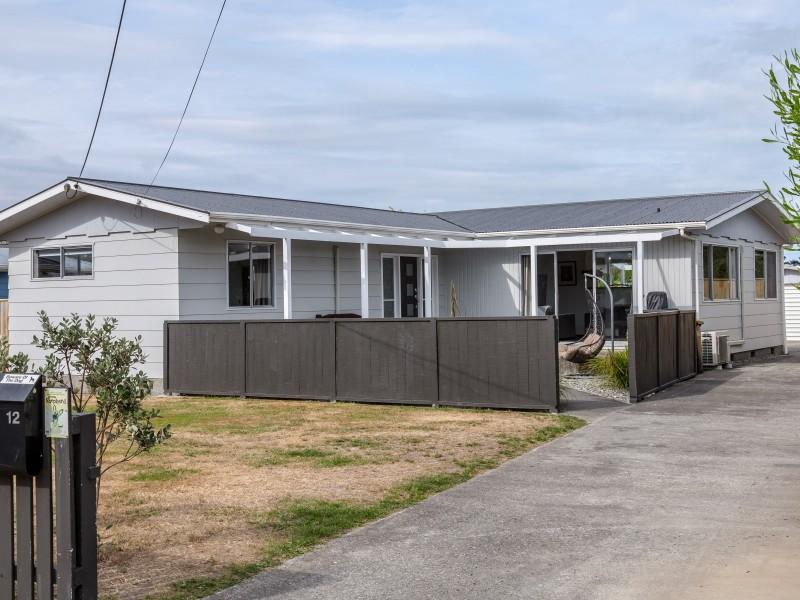