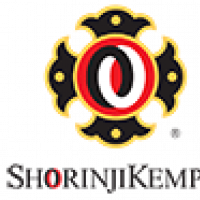 The New Zealand delegation had enjoyed dinner the night before with the two “4th dan and above” men’s ultimate winners. They were rooting for them and were quick to congratulate the two Japanese kenshi who did a fantastic embu.
The following day was grading day. Darren and Rachel Louie, husband and wife duo from North Shore Branch, sat their written examination where they had one hour to write two philosophical topics about the essence of Shorinji Kempo and the importance of the quality of people. The written essay is a requirement of the grading process. That afternoon they sat their physical examinations, along with just over sixty kenshi from around the world sitting gradings for third Dan black belt through to seventh Dan. After just over two hours of physical techniques which comprised demonstrating stances, single form, pair form and embu, a predetermined choreographed pair demonstration, the grading came to a close. Darren paired up with a kenshi from America and Rachel paired up with two kenshi from different cities in America, both kenshi running their respective branches. At the completion of the requirements, the results of the grading would not be given until the last day of the International Study Session.
Darren Louie has been training for 27 years and met his wife, Rachel Louie at the 50 year anniversary in Tokyo which happens to be 20 years ago this September. Rachel had just started the martial art while seconded to Japan for work and enjoyed watching the New Zealanders perform a Haka on stage so went and introduced herself, and the rest is history.
Anthony Corin is a 5th Dan black belt who has been training now for 34 years and has been to Japan many times. Bruce Gatward Cook is a 3rd Dan black belt and after originally starting almost forty years ago, after taking time off in total has been training for 20 years and is based in New Plymouth. Bruce is looking forward to sitting his next grading in Japan next year.
The next day was the International Study Session where all 4 kenshi participated. Rachel and Bruce participating in the 3rd Dan group and Darren and Anthony participating in the more senior group. During these sessions kenshi practice hard techniques which include kicks, punches, strikes; soft techniques which include pins and throws and Hokai or study sessions where they listen to lectures on how to “Be the Bridge” which was the theme of the International Study Session, encouraging kenshi to be a better person in society and to help bring people together peacefully and ultimately to help create harmony in the world. There were a large number of instructors many of whom were 8th Dan black belts with one of the legendary instructors Aosaka Sensei from Paris Federation, still able to demonstration a head high kick at the age of 71.
The fun BBQ on the last night demonstrated just how a large group can “Be the Bridge” with music, dancing and people from all of the world enjoying a BBQ and games in an outside evening event. Lots of old friends were reconnected and new friends made. Of course, the New Zealanders buddied up with their old friends from Australia and friends from Japan but made new friends from kenshi from countries including Finland, Indonesia, Canada and America
The final day included the announcement of grading results for 63 people from around the world who sat their gradings. Darren and Rachel Louie were both within the recipients where Darren passed and received his certificate from the head of World Shorinji Kempo Organisation for 5th Dan and Rachel for 4th Dan. Anthony and Bruce were cheering them on.
All four New Zealanders then went and explored more of San Francisco and America. Darren and Rachel were dared by the Finnish kenshi who had taken photos of them in their uniform on the ice to take a photo in a unique place in USA – the Grand Canyon in Las Vegas. Darren and Rachel took up the challenge and had their photo taken while on a sunset tour of the Grand Canyon – a great memory of their trip to America and successful grading result.
This particular International Study Session was a milestone event, with the World Shorinji Kempo Organisation celebrating 70 years since the founder created this martial art and the first time the International Study Session has been held in America.
Doshin So started Shorinji Kempo after returning from China to Japan after World War II where he witnessed a country where people under an extreme situation, namely war, lost their conscience as human beings. He realised that if the course of human events depends entirely upon the actions of “the person” in society, then in order to establish the peace that we all long for, the only way is to nurture as many individuals as possible with a strong sense of courage, justice and compassion. By learning to defend yourself you can avoid conflict and look to create harmony in the world.
The International Study session is held every four years, with the next session to be held in Japan in 2021. The kenshi thoroughly enjoyed the “Be the Bridge” event and have come back to their respective clubs to share with the New Zealand kenshi the experiences they had and to now plan for the next event in Japan in 2021.
About Shorinji Kempo:
Shorinji Kempo is a martial art that is possible for anybody to learn. Shorinji Kempo welcomes you to come and try this not for profit, self-defence. For further information visit www.shorinjikempo.co.nz... 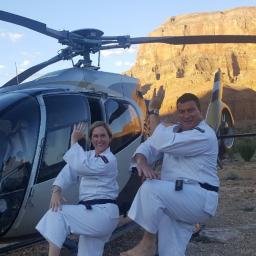 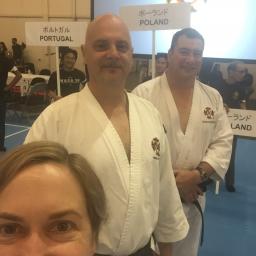 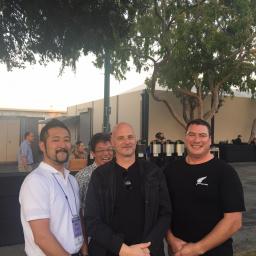 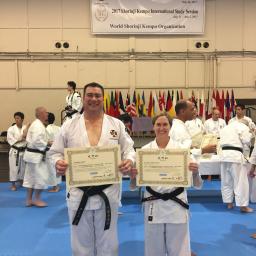 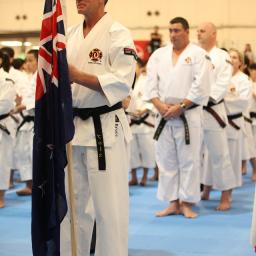